Based on Canada Census 2006

This map shows the number of people per hectare living in each area in 2006. The chart at the bottom tweeted out by Stats Canada gives an overview over the population density in Canada's metropolitan regions. Use this map to view how population is distributed within each of these regions.

Compare this to the corresponding map for 2011. 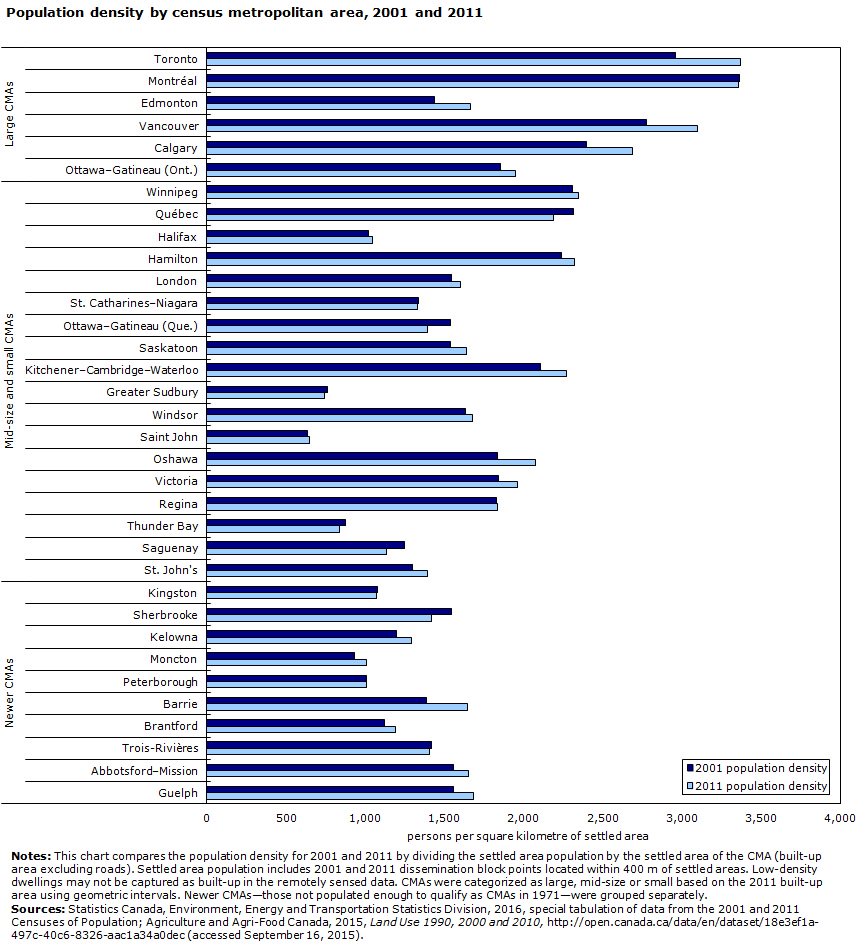